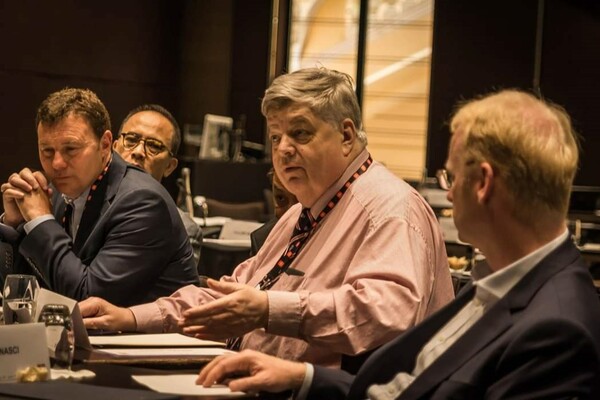 
Garry has started representing IFAs for over 3 decades ago.
His influence on the industry as a whole was recognised in 2019 by International Adviser who included him in their list of the top 100 most influential figures worldwide.

Nowadays, he is best known as the creator of the Heath Report series which looks at the availability of professional advice for UK Consumers.

The first Heath Report was published in 2014 and it focused on the impact Retail Distribution Review was having on the consumer market. It was to be the first independent report to identify the true cost of the loss of independent financial advice to the mass consumer market.

It also led to the creation of the Impartial Financial Advisers Association or Libertatem as it was originally called. As the UK is seen as the gold standard for financial advice; the impact of the Heath Report series has made can be seen all over the world. Garry continues to be a keynote speaker at conferences worldwide. In 2020, he will be addressing the G77 conference in New York.

The Heath Report 3 published in 2019; identified the need to train a large number of trainees into the industry to replace the 2,000 advisers that will shortly be retiring from the sector. Called Adviser Train; the aim is simple: To maintain a presence in the mass market to ensure advice is available to all those that need it.  It is a huge challenge – but one that Garry and the IFAA are hopeful of achieving in the coming years.

The demise of APFA has left the IFAA as the adviser only representative in the IFA sector.
The organisation has also been appointed as secretariat to an All-Party Parliamentary Group looking into the actions of the FCA over the Connaught Fund. Meanwhile, Garry’s influence has continued to grow with regular visits to the Treasury Select Committee and the FCA.
Garry also chairs working party into an alternative dispute resolution system using a Tribunal rather than the current Ombudsman.

However, this is not the first time Garry has represented the adviser community. In 1986, Garry had established his own IFA practice in Buckinghamshire which led to him questioning the standard of regulation and the lack of effective IFA representation at the highest levels.
By 1989, Garry had formed the National Federation of Independent Financial Adviser with a group of like-minded industry specialists and set about amalgamating the various representative bodies into one, organized association.  Rebranding as the IFA Association (IFAA), the trade body quickly grew to represent 60% of all UK IFA practices and had a turnover in excess of £2 million.

After 10 years, Garry left to pursue a number of ventures, including forming his own racing car team, a publishing business specialising in generic consumer publications for IFAs to pass to their clients, a marketing consultancy for niche life products and Special Risks Bureau, a firm offering an innovative and robust system for IFAs with complex life clients to be handled by Life Assurance Companies.

As the public face of the IFAA, Garry regularly features on both television and radio and he is a regular visitor to Westminster where he advises the Treasury Select Committee, and a number of All Party Select Committees on the importance of the impartial advice sector to the UK economy and the need for effective regulation and a common standard.

David advises on all our presentations including the Heath Report. He also helped in the Connaught Campaign.