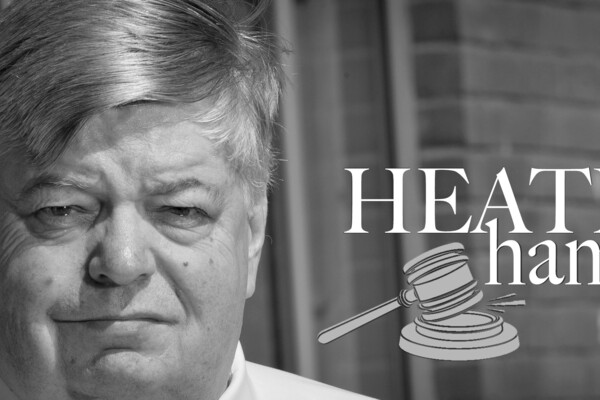 It is more than time we abandoned urban myths and legend and professionally researched the FSCS issues.
19 Nov 2020

It is more than time we abandoned urban myths and legend and professionally researched the FSCS issues.

I was able to do some basic research on the last list of 30 FSCS firm failures issued last week and it is both very revealing and in conflict with the evidence given by Nikhil Rathi. What I have been unable to do so far is to identify the quantum of each case so this just looks at the firms and where we know it, the cause

We have 30 firms identified in the latest list. I suggest we split these failures into 4 types:

Dead Firms 60% 18 firms of them died more than 12 months ago. It is not unusual for firms just shut down, usually due to retirement of principals or they might just be restructured for totally commercial reasons. In general, they do so “in good order”: in other words without debts or claims. It is therefore not unreasonable for those directors or staff to go on to be employed by other firms.

Therefore, there is no evidence that the majority have been shut down in stress much the opposite. It may be explained by this being a favourite area for Ambulance chasers as there is usually zero evidence left to countermand their claims.

So, we have more Dead Firms than anything else with more than 60% of the total. As interestingly, we looked at each firm and when it dropped it authorisation. The earliest finished in 2005 and 13 had “died” before 2015.

"Reckless Misadvice ”20% The advice version of reckless driving. Here we may have people like Crescent Financial who was involved in British Steel. There are 6 of these on the list. Some may have been reckless, others just caught up in a FOS's treatment of a well-publicised issue.

SIPP Failures 10% – SIPP claims are likely to be sizeable as they are multiples of the same “sin”. The reason that these are failures is not advice because in terms of the administrators, none was given.

This cost is primarily due to the failure of SIPP firms and networks to support the Berkeley Burke case. Had they done so the FSCS would not have been hit by the £158m for BB but all the other Sipp firms like Pointon York which will be dragged in over time

General Misadvice 10% It is interesting that £15m of claims are of a direct consequence the Pointon York failure with adviser firms being hit for the tab not Pointon York – another area of research!!!

I have apportioned 10% each to the last 2 causes as there appears to be cross contamination. We now need to look at a wider number of firms and the quantum of each over a longer period. I will be seeking FSCS help on this one

Finally, the drift of the Rathi interview was that there were significant numbers of adviser firms which need increased supervision. This may be true but if these numbers are true, we are in danger of closing barn doors years after the horse has bolted. Indeed the horse is probably dead by now.

So, what is there to learn?

Firstly, there must be many 1,000s of firms who have closed in the last 32 years who may be subject to forthcoming claims. This means that the 5m currently advised clients are covering the bill for 20m plus consumers. This I have stressed in Heath’s Hammer ad nauseum: The current FSCS is unsustainable. The short-term issue is who pays not how to stop the claims.

Is it reasonable for those currently in receipt of advice to pay for those who are not? I would suggest this It would be a better area for funding by the providers who are still receiving income from these policies

Secondly, there is “Reckless Advice”. It is a real thing and calls for better and more market astute regulation. We have seen dozy reaction times from the FCA on major scandals. It is simply not acceptable to wait until the level of loss is in £100s of millions before acting. Nor is allowing new ideas drift on for 5 years and then give guidance. P2P lending comes to mind.

Thirdly, the regulator can use its current disciplinary powers to bar people from Phoenixing. It should take that path so that those under suspicision to have due process. It is not acceptable, as was suggested at the TSC, simply to fail to register new firms without a clear process.

Next, a large lump of this bill is a direct consequence of advisers and others failing to fund the fight. We will increasingly see large lump of FSCS coming via SIPP claims. That could and should have been contested. In the BB case, we could have invested £1 to avoid £527. It was attractive then. The Carey case has made that deal extremely attractive now. But that opportunity has gone and isn’t coming back. But are advisers any better?

Finally, we come to another Urban Myth. That firms regularly phoenix and are the serious cause of the FSCS bill rather than an annoying apocryphal issue. This idea is somewhat countermanded by both the number of old dead firms in the current sample and the over 66% of adviser claims being rejected by FOS. So, before the self-flagellation begins let us make sure we have the evidence.

The Phoenixing issue is complex. As I suggested above, it would be unreasonable for anyone working for a firm that closed or restructured in good order in the past to be banned after years working for someone else without issue.

Similarly, regulation had huge issues with pinning corporate sins on individual donkeys. Witness how no major bank director has been disciplined for LIBOR offences, only the "Moron Platoon" from the poor bloody infantry got disciplined.

Phoenixing happens but is it a major cause or a diversion

As I said in a previous blog: You are going to pay.

The only question is - Who?