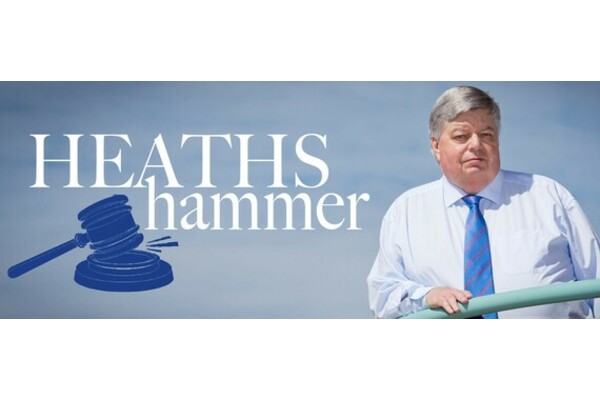 The FCA’s Law of Unintended Consequences

How did you get up this morning? Go to the bathroom? Did you seriously consider squeezing the toothpaste in a different place? No neither did I. Nor did anyone come in from the street and demand I squeezed it into my ear.

As we go through life, certain actions become certain. They are based on both our life experience and often those who came before us. Things do change and create real progress but we do not expect 3rd parties to come in and demand change in the vague hope that change might lead to progress.

This is now the political battlefield across the western world. Those progressives who demand change but rarely get progress versus those whose life evolves by experience leading to real progress. The first is always destructive, the other builds strength.

In 2011, professional advice received major change with RDR. Pre-RDR, both client and adviser could freely decide the method of payment that suited them. Yes, the world was moving steadily towards a fee-based model but it didn’t need regulators to shove consumers through the door into a fee-based world with the regulatory equivalent of squeezing the tube in the middle.

Thanks to RDR we lost 4,000 advisers, the surviving IFAs cut their client banks by 2/3rds and 12m clients found themselves advice-less. I am happy to admit that for the surviving adviser; RDR has been a financial boost at least in the short term but in the longer term it has 2 major downsides.

Firstly, the loss of influence; advising 18m people is politically far more powerful than advising 6m. The advisory sector is becoming less important both by its unwillingness to engage and the number of consumers it serves. Secondly, eventually someone will come in to service the lost 12m and will soon be making offers to your clients too.

So, it was hardly a surprise this week when Openwork issued a report that suggests that unadvised drawdowns are going to be a major issue.

So, let’s get this right. Thanks to regulators exercising their fetish on commission; there is now an issue with scams and people not talking advice on a major financial decision. How did that happen? Returning to my opening theme if you squeeze the toothpaste a new way you create a new problem.

I note that Quilter has stopped doing DB transfers. This follows Sanlam, LEBC, Tideway and a load of small firms; all of whom have exited this area of advice.

Now it is the right of every firm to decide what advice it wants to give and if I were still advising the public, I would have avoided DB like the plague. Why?

Because DB has no good answer. There is no good DB advice because in reality the regulator has decided that the only good DB advice is not to do it. Give DB advice and you are exposing your firm to a regulator and a system which is completely beyond the rule of law.

The Chancellor said he was going to trust the public with their pension funds. That may have been a really dumb idea but he created a market for people wanting to exit their schemes. The FCA and I suspect Treasury civil servants have decided that they will overturn his policy without reference to Parliament. So, who runs the country? That’s a political question so don’t be a pawn in that battle.

When you give advice what areas do you cover? Let’s park the normal stuff, client goals, risk v return, taxation etc. What about political risk? How much of your advice covers the danger posed by the actions of the political classes?
Do you advise your clients to hold cash or gold as a hedge against ATMs being switched off? It could have happened when COVID started. The Chinese Government could create it tomorrow.

Currently, the biggest risk for both your clients and your firm is the political jeopardy created by those who create change devoid of progress. Avoiding them is the best way of protecting your business.